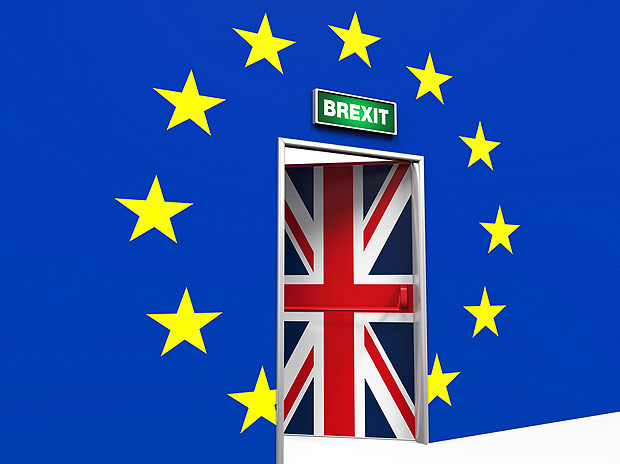 Ever had a nightmare where you’re driving along, and suddenly there’s a juggernaut ahead in the wrong lane, heading straight for you? There’s nothing you can do. There’s nowhere to go. It’s going to be a head-on collision….

That’s the European Parliament elections of 2019 in Britain. Motorway pile-up, train wreck, flaming Boeing smashing into a mountainside. This is where we are with a week to go, paralysed with fear, or manically laughing, as we count down to the inevitable conflagration.

Last night I attended a hustings meeting in Birmingham. As I have now learned, these meetings, once a mainstay of democratic politics in Britain, are now a bit too plebby for some of our politicians. Those snowflakes, the Brexit Party, don’t ‘do’ debating with others. It’s a pity. Election hustings were my introduction to the everyday business of politics. Even before I was old enough to vote I went to them. They were often rowdy affairs, in which Cabinet ministers had to sit alongside whoever was after their job, from a keen young opposition PPC being bloodied in a hopeless seat, to Screaming Lord Such and the Monster Raving Loonies. The candidates politely answered daft questions, suffered heckling akin to a late night comedy club, and thus were made to know the certain truth that in the polling booth we are all equal. But that was then, and this is now.

The absence from the platform of the likely ‘victors’ next Thursday is troubling. For all their talk of “we had a vote”, “will of the people”, “17.4 million people voted for this,” the Brexit Party is in every way a two fingered salute to the face of democracy. They are contemptuous of the norms of democracy. Although registered with the Electoral Commission as a party, they are described by their own leadership as a ‘company’, they don’t have members, they don’t have a policy platform, and they’ll accept money from anyone, anywhere in the world, just as long as it comes in quantities too small to require the identity of the donor to be made public.

And they don’t debate with other candidates.

Without the Brexit Party in the room, there was a sense, at the hustings last night, of both candidates, and the audience, being rendered marginal. Whatever the candidates said, and whatever we asked, the real politics was going on elsewhere. The electorate doesn’t own elections any more. Algorithms rule. Instead of campaigning and open debate, atomised voters are being groomed before screens.

Everyone on the platform looked glum, and most of the audience were pretty grim faced too.

The Tory, Dan Dalton, spoke first, the Change UK guy, Amrik Kandola last, in the opening section where each candidate made their party pitch. Second to last was the Labour candidate, Julia Buckley, who had the manner of a dog in need of rescue by the RSPCA, variously aggressive, and whimpering in anticipation of a beating.

She was right to be fearful, as she, or at least, her party, was the reason many of us were there. What on earth could Labour say in order to persuade us to give them our votes?

My greatest fear in these elections is the boost that it will give to the Brexit “Party”, opening the door to ever more time for them in the TV studios, shooting their toxic messages into the political bloodstream in time for a general election in which they might have serious numbers in Parliament. Only by denying them the top spot in the results can their rise be impeded, and, only Labour had the potential to do that.

I was prepared to take nods, winks, and code. But Buckley didn’t give us that. She gave us the Corbyn-McCluskey line in toe-curling detail. It was excruciating to watch her contortions. She offered the utterly fallacious argument that Brexit-voters were the poorest, most marginal in our society, and that Labour had to give these downtrodden millions their voice. Labour had to ‘bring the country together, to speak for the 52% as well as the 48%’. I found myself sitting on my hands to avoid the temptation of hurling my shopping at her.

I repeat her lines, because, although familiar to the point of nausea, there is, among the nonsense, a truth that few of us at the moment want to face.

Brexit is binary. But a healthy democracy capable of making sensible decisions cannot long be divided in this way. Moreover, this unexpected EP election is showing us how easy it has become to reignite Brexit passions, with all the rancour, and worse, that goes along with it.

If we want another referendum, People’s Vote, confirmatory ballot, call it what you will, we will have to counter the considerable forces of the Brexit camp, and win enough converts. Simon Kuper, writing in the FT (20/4/19) on the subject “How Remain can win a second referendum,” began with this:

This is true. The core of the Leave vote consists of older people, especially men, who mainly live in the south and in rural and small town England and have homes without mortgages, and generous pensions. They are Tory activists and voters. We won’t easily win them over. But the portion of the Leave vote that ought to be open to persuasion are the minority of Labour Leavers who did believe the lies on the bus about the NHS.

But Julia Buckley, and too many of the people around the Labour leader, are saying the right things in the wrong order. The first task is to find a means of stopping Brexit, which most likely involves a new vote. That’s the point at which to link resistance to Brexit to addressing austerity and regional decline.

One candidate did say the right things in the right order, and that was Ellie Chowns, the Green candidate.

But all the candidates had turned up, and they sat together, poured water for their opponents, or repositioned microphones, as companionable democrats, even the UKIP man, Derek Bennett, whose politics seem to have sprung, inexplicably, from the effects of Nigel Lawson’s VAT hike. Phil Bennion, the Lib Dem and a former MEP, seemed more hesitant than I might have expected, as though still bruised by losing his seat in 2014. Change UK’s Amrik Kandola, was an impressive speaker, and his message of a need for change in British politics won him some fans with the group of people I eavesdropped on on the bus going home, even if they still hadn’t decided who to vote for.

The real restiveness was in the audience. There was a lot of barely repressed anger in the room. Probably because of the elephant that wan’t in the room – The Brexit Party.

2 thoughts on “The Election From Hell”